In ElasticBeanstalk, you can choose from a variety of deployment methods:

AWS CloudFormation is a service that helps you model and set up your Amazon Web Services resources so that you can spend less time managing those resources and more time focusing on your applications that run in AWS. You create a template that describes all the AWS resources that you want, and AWS CloudFormation takes care of provisioning and configuring those resources for you. A Cloudformation template is a JSON- or YAML-formatted text file that describes your AWS infrastructure. The template includes several sections for you to define your infrastructure code. 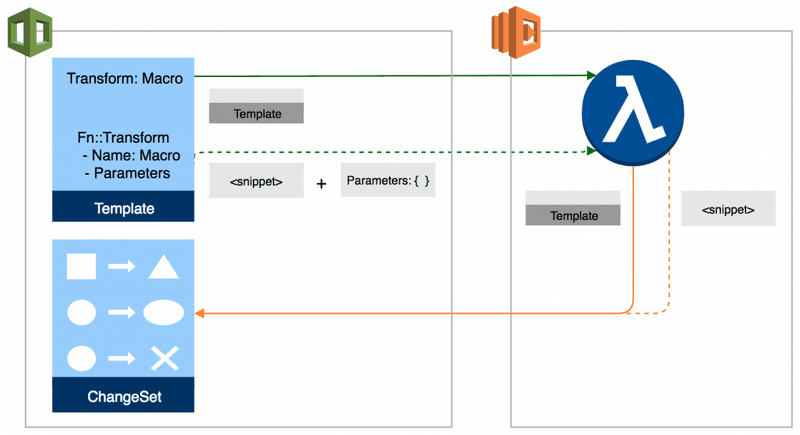 For serverless applications(also referred to as Lambda-based applications), the Transform section specifies the version of theAWS Serverless Application Model (AWS SAM)to use. When you specify a transform, you can use AWS SAM syntax to declare resources in your template. The model defines the syntax that you can use and how it is processed. More specifically, theAWS::Serverlesstransform, which is a macro hosted by AWS CloudFormation, takes an entire template written in the AWS Serverless Application Model (AWS SAM) syntax and transforms and expands it into a compliant AWS CloudFormation template.

AWS CloudFormation provides the following Python helper scripts that you can use to install software and start services on an Amazon EC2 instance that you create as part of your stack:

AWS CloudFormation StackSets extends the functionality of stacks by enabling you to create, update, or delete stacks across multiple accounts and regions with a single operation. Using an administrator account, you define and manage an AWS CloudFormation template, and use the template as the basis for provisioning stacks into selected target accounts across specified regions. 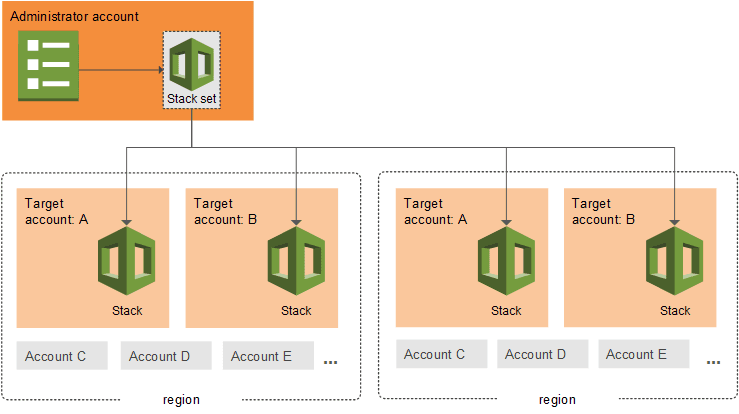 Because AWS SAM is an extension of AWS CloudFormation, you get the reliable deployment capabilities of AWS CloudFormation. You can define resources by using AWS CloudFormation in your AWS SAM template. Also, you can use the full suite of resources, intrinsic functions, and other template features that are available in AWS CloudFormation. You can use AWS SAM with a suite of AWS tools for building serverless applications. The AWS SAM CLI lets you locally build, test, and debug serverless applications that are defined by AWS SAM templates. The CLI provides a Lambda-like execution environment locally. It helps you catch issues upfront by providing parity with the actual Lambda execution environment. To step through and debug your code to understand what the code is doing, you can use AWS SAM with AWS toolkits like the AWS Toolkit for JetBrains, AWS Toolkit for PyCharm, AWS Toolkit for IntelliJ, and AWS Toolkit for Visual Studio Code. This tightens the feedback loop by making it possible for you to find and troubleshoot issues that you might run into in the cloud. 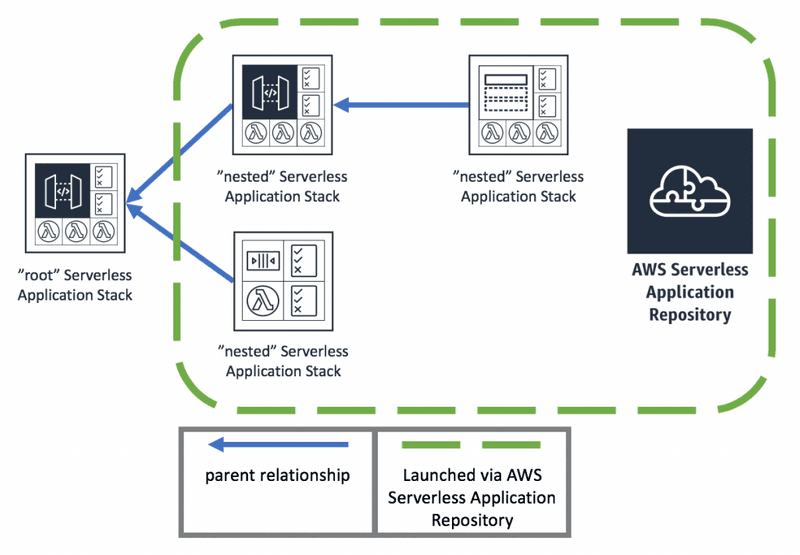 Under the AWS::Lambda::Function resource, you can use the Code property which contains the deployment package for a Lambda function. For all runtimes, you can specify the location of an object in Amazon S3. For Node.js and Python functions, you can specify the function code inline in the template. Changes to a deployment package in Amazon S3 are not detected automatically during stack updates. To update the function code, change the object key or version in the template.

A function can use up to 5 layers at a time. The total unzipped size of the function and all layers can’t exceed the unzipped deployment package size limit of 250 MB. You can create layers, or use layers published by AWS and other AWS customers. Layers support resource-based policies for granting layer usage permissions to specific AWS accounts, AWS Organizations, or all accounts. Layers are extracted to the /opt directory in the function execution environment. Each runtime looks for libraries in a different location under /opt, depending on the language. Structure your layer so that function code can access libraries without additional configuration.

CodeDeploy can deploy application content that runs on a server and is stored in Amazon S3 buckets, GitHub repositories, or Bitbucket repositories. CodeDeploy can also deploy a serverless Lambda function. You do not need to make changes to your existing code before you can use CodeDeploy. 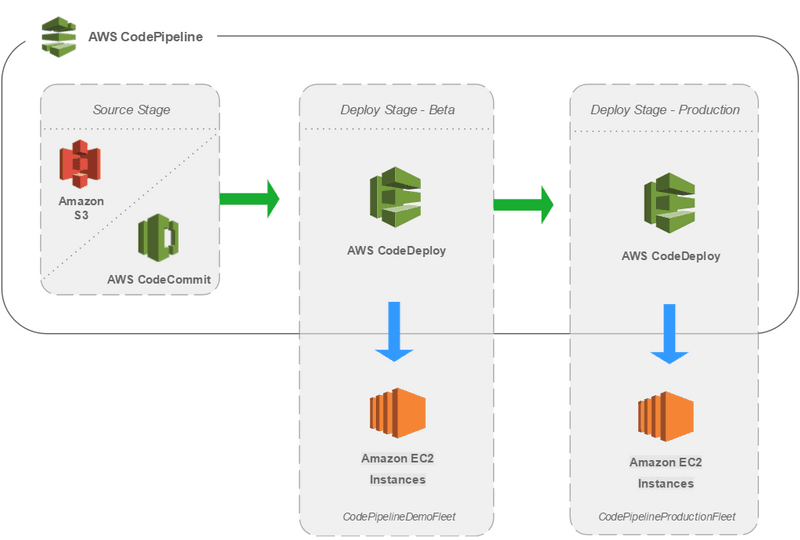 CodeDeploy can also deploy a serverless Lambda function. You do not need to make changes to your existing code before you can use CodeDeploy. When you deploy to an AWS Lambda compute platform, the deployment configuration specifies the way traffic is shifted to the new Lambda function versions in your application. 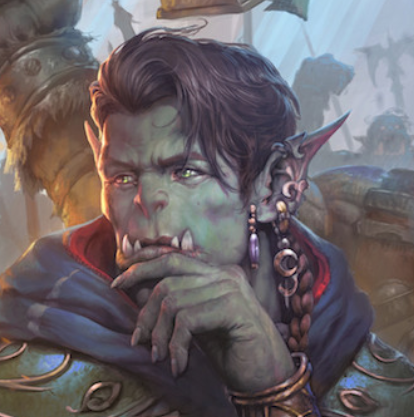